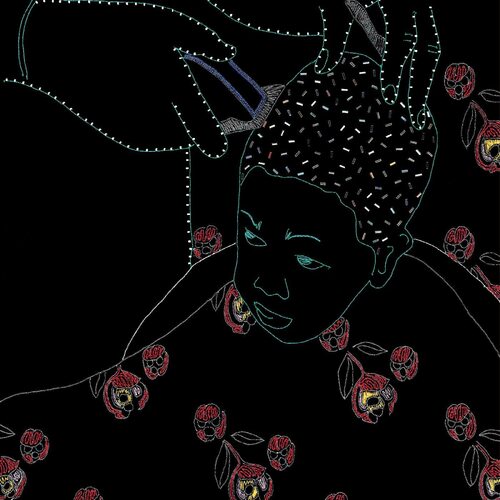 Back Home is a dramatic leap forward for the band; the band build on their tightly knit, lo-fi punk formula to bring forth a collage of blazing guitars, down tempo dance punk, and melancholic strings that evoke the full depth of the bandâ€™s expansive art punk vision.

The albumâ€™s strength lies in the bandâ€™s bold and varied new sound. Album opener â€˜Cactus Treeâ€™ is an eerie, gothic folk tale that tells the story of a woman waiting for her lover while a wall of euphoric harmonies and screaming feedback roll in the background. Lead single â€˜Happier Stillâ€™ is a driving, Nirvana-influenced track that grapples with the idea of wanting to push through a depressive episode. Inspired equally by the melodic rock of HÃ¼sker DÃ¼ and the mystical sensibilities of Stevie Nicks, closer â€˜Saintedâ€™ brings the club-ready sentiment of the 2018 single â€˜Fall Asleepâ€™ to its natural conclusion.

Despite Big Joanieâ€™s many accomplishments, there is so much more the band want to achieve and Back Home looks set to be the breeding ground for a new era of Big Joanie. With their boundary-breaking approach to punk, radical politics, and an appreciation for earworm melodies, Big Joanie are set to become important voices for a new generation of punks.

Cactus Tree
Taut
Confident Man
What Are You Waiting For?
In My Arms
Your Words
Count To Ten
Happier Still
Insecure
Today
I Will
In My Arms (Reprise)
Sainted</p>
Order vinyl: