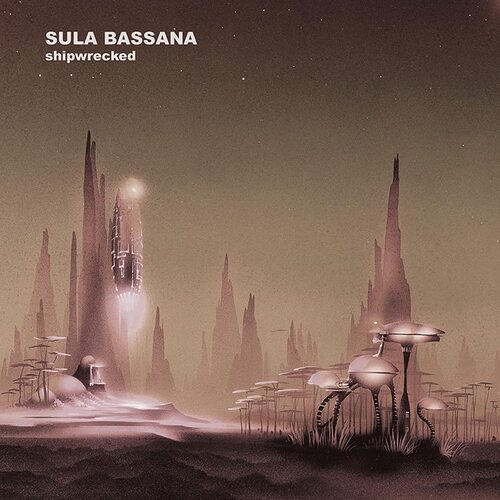 DAVE SCHMIDT aka SULA BASSANA is undoubtedly one of the most renowned and accomplished representatives of the German neo-Krautrock scene, as the multi-instrumentalist impressively demonstrates his immense musical talents in several hip formations such as ELECTRIC MOON, ZONE SIX or KRAUTZONE. On his penultimate album 'Shipwrecked' (2016) - equipped with guitar, organ, synthesizer and rhythm machine - he devotes himself to the electronically generated sound spheres with his usual inspiration. Unmistakably stuck in the electronic herb / space rock tradition of the seventies, the six atmospheric tracks convince with spacey, mysterious harmonies and sounds in combination with cleverly hypnotic rhythm patterns. He skillfully experiments with attractive timbres, as on the track "Shushi Express", in which repetitive didgeridoo sounds are used. Mastered by Krautrock legends EROC (ex-GROBSCHNITT). Cosmic music of the extra class!
Order vinyl: