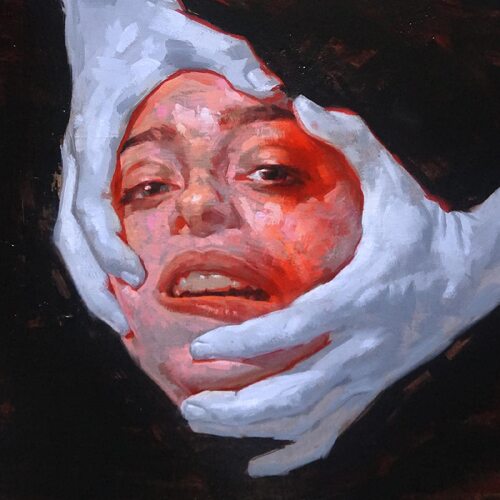 Where The Heart Is

Label: Topshelf Records
Philadelphia's Sweet Pill write eruptive emo songs that embrace the edges of pop and hardcore. The kind of band whose members are fully immersed in their local scene'through a handful of notable side projects and the show-promoting Philly staple 4333 Collective'the quintet's sound takes wide-spectrum influence from its environment. The result is an amalgam of complex song structures and flourishes of technical acumen, wholly unconcerned with genre, yet evoking the specific styles of touchstones such as Paramore and Circa Survive.
On their debut longplayer Where the Heart Is, Sweet Pill's unbound, raucous energy presents through ten autobiographical tracks that hinge on singer Zayna Youssef's elastic, enrapturing voice'at times belting and controlled, at others textural and guttural. Supporting Youssef are guitarists Jayce Williams and Sean McCall, bassist Ryan Cullen, and drummer Chris Kearney. Their blistering lead single 'Blood' sees Youssef exploring a deteriorated friendship over Williams and McCall's trudging riffs and tactful counterpoint, with Cullen and Kearney rumbling nimbly in the song's foundations.
Second single 'High Hopes' counters with introspective, melodic punk that reshapes anxiety rather than succumb to it. But third single 'Diamond Eyes' momentarily slows the pace, with McCall joining Youssef on vocals for a breakup lament laden with acoustic sentimentalism and an emotive flurry from guest flutist Jill Ryan. Such range is the central facet of Where the Heart Is, where Sweet Pill's penchant for combining punkish tropes enlivened with the vibrance of math-rock and the aggression of post-hardcore sweetened with pop sensibility compound into something stylistically new yet still familiar.