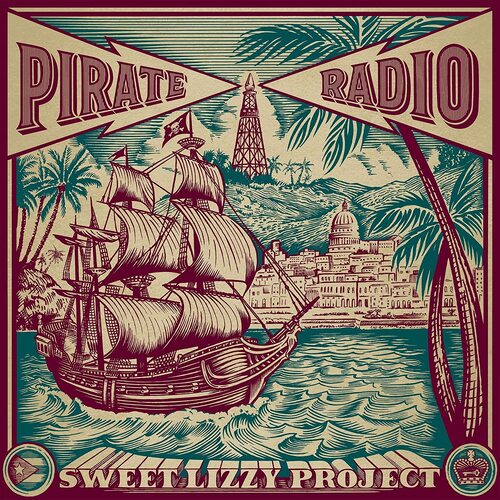 Label: Mono Mundo B
For its latest album, Pirate Radio / Radio Pirata (Thirty Tigers), the band collaborated with major songwriters such as Blair Daly, Zac Maloy, and Sam Hollander for a triumphant and empowering collection of rock fused with an accessible pop structure and some of the everyday heart infused by Nashvilleâ€™s country sound. â€œOn this album, Iâ€™m free, and I can say things I was scared to say before. People deserve hope, and this record spreads a message,â€ Diaz says. The 11-song album will be released in English and Spanishâ€”a unique feat for a rock release.

SLPâ€™s sophomore American release, Pirate Radio / Radio Pirata, is an artistic and personal milestone for the group. It is a concept album that loosely mirrors SLPâ€™s journey to be artistically liberated against a stifling government regime, and the story unfolds with theatrical grandeur. The albumâ€™s unique melding of ultra-hooky choruses with ethereal ambience and passionate vocals and lyrics recalls such diverse artists as Paramore, Muse, and Olivia Rodrigo.</p>
Order vinyl: