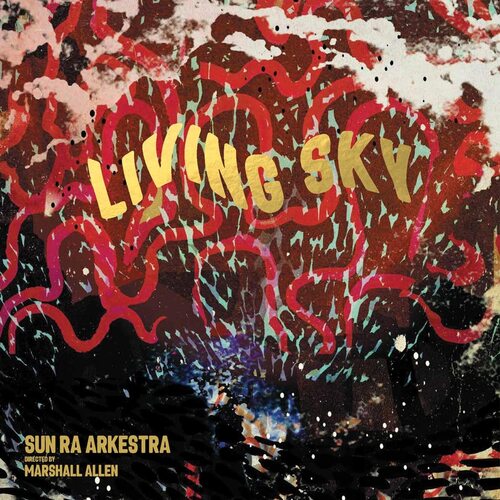 Label: Omni Sound
For more than two decades alto saxophonist Marshall Allen has carried on the legacy and sound of the Sun Ra Arkestra. He turned 98 in 2022 and as evidenced by Living Sky, his influence and leadership remain undiminished.

On the group's first recording since the pandemic and their Grammy nomination, bandleader Marshall Allen and company give us something we can hold onto, an instrumental album rich in spirituality to guide us through the unknown yet again.

The album includes the first studio recording of Sun Raâ€™s elaboration of FrÃ©dÃ©ric Chopinâ€™s â€œPrelude in A Majorâ€, first instrumental recording of Raâ€™s â€œSomebody Elseâ€™s Ideaâ€. Features Allenâ€™s â€œDay of the Living Skyâ€, a meditative work that is a belated response to Sun Raâ€™s composition â€œNight of the Living Skyâ€ which is also featured in the album.