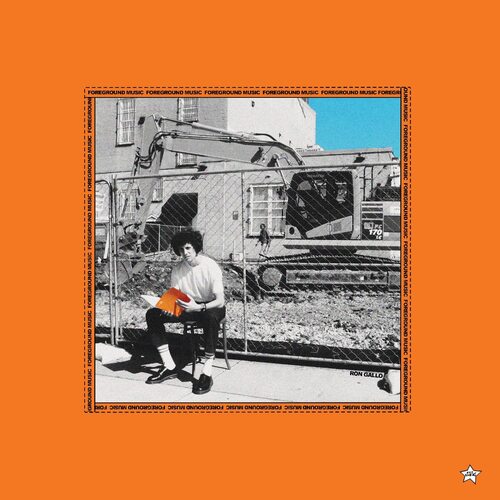 Label: Kill Rock Stars
“FOREGROUND MUSIC”, the title of Ron Gallo’s 4th LP, and debut for Kill Rock Stars might also be a suitable name for his own genre. In simplest terms it’s the opposite of background music - unavoidable, urgent, in your face - Gallo’s consistent theme is to confront, disrupt and sometimes even confuse people into a sense of awareness. The intention to steer away from apathy and self-empower by focusing on what we can control and make light of in a world designed to take it away. The guitar is less an instrument and more of a primal noise machine. This record is a challenge to everything and everyone, including his own self, who is holding back the progress of humanity (especially in America) into a more open, empathetic and collective unit - the words delivered with a punkish tenacity and lining even the heaviest topics with an ever-present sense of humor. It covers the full spectrum of emotion. This music feels like life feels right now. In his eyes, how could it not? Clad in caution tape and construction orange color scheme, much like his surrounding neighborhood in Philadelphia where it was written and recorded. Gallo doesn’t see now (or ever) as the time to sit back and chill - this is going to be what we make it. Over the course of the record traversing between sounds akin to an exploding NYC subway station, oddball dance-punk, noise pop, even the more grave moments would sit well in whatever a modern version of CBGB’s 1975 would be - in 11 songs Gallo shares detailed anecdotes and takes on male entitlement, the age of anxiety, apathy vs. action, gentrification, narcissism, retail therapy, xenophobia, the dread of future generations, right wing extremists in giant pickup trucks, capitalism, climate change and the experience

A1. ENTITLED MAN
A2. FOREGROUND MUSIC
A3. AT LEAST I'M DANCING
A4. VANITY MARCH
A5. YUCCA VALLEY MARSHALLS
B1. SAN BENEDETTO
B2. CAN MY FLOWERS EVEN GROW HERE?
B3. BIG TRUCK ENERGY
B4. LIFE IS A PRIVILEGE? (INTERLUDE)
B5. ANYTHING BUT THIS
B6. I LOVE SOMEONE BURIED
B7. DEEP INSIDE OF YOU</p>
Pre-order vinyl: