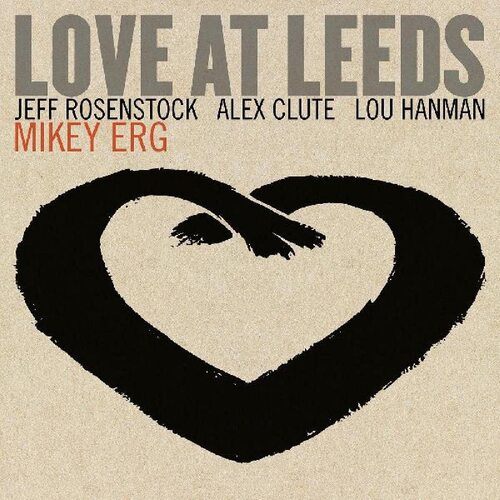 Label: Don Giovanni
Love At Leeds is the realization of many dreams for Mikey Erg. A lifelong music obsessive, growing up in the early 90's,there was one sound he'd always hoped to capture on his recordings. The sound of Steve Albini. Steve's credits include The Pixies, PJ Harvey, Jimmy Page & Robert Plant and of course Nirvana's 3rd LP In Utero, One of Mikey's absolute favorite records. Mikey had never in his 20 plus year recording career ever gotten to make a fully analog recording. Love At Leeds was the perfect time to rectify all of that. Using the group of musicians that helped him realize his debut solo LP Tentative Decisions (Jeff Rosenstock, Alex Clute & Lou Hanman), He Headed out to Chicago to make this dream a reality. Recorded and Mixed in only 5 Days, Love at Leeds is a swift 25 minute long grunge-pop tour de force. Once the album was complete, Steve and his trusty razorblade compiled the master mix reels and sent the band on their way. The tapes then made the journey to Hollywood, California to the legendary Bernie Grundman Mastering facility to be mastered and cut straight to lacquer disc by Chris Bellman (Frank Zappa, Neil Young, Kenny Dorham, Pearl Jam).