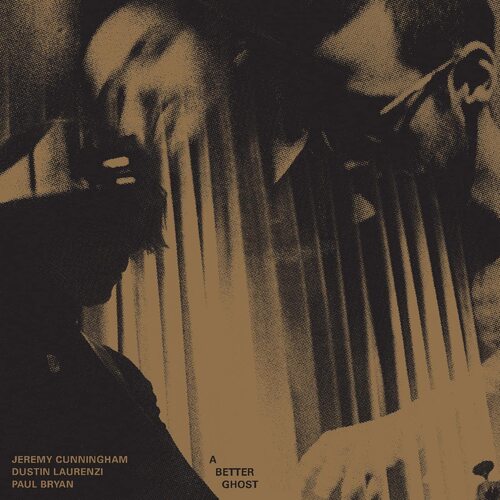 Label: Northern Spy
As the opening track of drummer Jeremy Cunningham, saxophonist Dustin Laurenzi, and bassist Paul Bryan's A Better Ghost swoons toward its close, a vocal clip of the colossus Sonny Rollins rises over the trio's warm sonics to deliver a message, "my greatest joy is everything." This sample, found and cut by Laurenzi, became a staple of live, improvised sets between him and Cunningham in Chicago. It not only opens the album but captures an early spark of magnificence from a musical and personal connection that sparks the entirety of the album's meticulous, soulful, hypnotic, and joyous sound.

The title track features propellant hi-hats and repetitious synths, and the saxophone leads you to elation as the song rises to its climax after building a safe, loving atmosphere in its opening half. On "New Dust," Laurenzi provides a smooth, natural improvisation, dynamically ebbing over a deep, dub groove kept steady with distinct rhythmic assurance from Cunningham and Bryan. "With What We Have" wakes slowly, focusing on gradual layering and a musical build that is cut short of euphoria but feels true to lived experience. That is followed by the synth-driven "Ray Tracing," which is brief but hypnotic, and the quiet, atmospheric "Bye Line," which gently leads into the album's emotionally resonant closer, "The Way We Remember," featuring singer Katie Ernst over a lush bed of improvised synths, drums, and saxophone.

A Better Ghost showcases a balance between free-improvisation and a more produced side that has been woven together through personal connection - Cunningham, Laurenzi, and Bryan have found in each other natural muses, working with and off of each other to build musical wonders.</p>
Order vinyl: