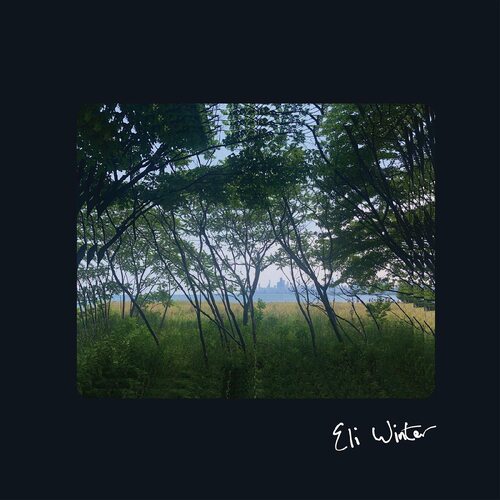 Label: Three Lobed Recordings
Chicago-based guitarist / composer Eli Winter's new self-titled album finds him building on the promise of his recent records - like 2020's Unbecoming and his 2021 collaboration with Cameron Knowler, Anticipation - with a gem of an album on which he leads an ad-hoc group that delicately balances a range of colors and moods. Winter is an accomplished player with impeccable technique and an unassuming virtuosity, capable of both mesmerizing intricacy and florid romanticism, but on Eli Winter he frequently plays a supporting role, creating ample room for his collaborators. The result is the sound of an artist escaping any lingering shadows of his primary influences and coming into his own; ironically, Winter does this by deemphasizing his role as traditional bandleader. Assisted by a murderer's row of peers and contemporaries including Cameron Knowler, Yasmin Williams, David Grubbs, Ryley Walker, Tyler Damon, jaimie branch, and others, Eli Winter showcases a compositional depth and authoritative skill only hinted at on Winter's rightfully acclaimed previous work. Highly recommended.

1. For a Chisos Bluebonnet